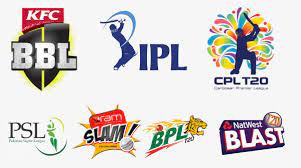 Top 3 Most Famous Twenty 20 Cricket Leagues In The World

Cricket’s Three Most Famous Twenty-Twenty Leagues: Increasingly advanced and well-known, We don’t have to wait 5 days for the results, unlike test matches. If Test cricket matches are considered classical, t20 cricket is the jazz and pop of the game. It draws individuals of all ages from all around the world. Having such a large audience just means more options for advertising, and advertising equals money (and a lot of it). We’ll go over the top three most well-known Twenty20 cricket leagues in the world. We all know about the PSL, but now we’ll explore which other league, such as the Indian Premier League, is more popular.

The Big Bash Competition (BBL, sometimes known as the KFC Big Bash League for marketing reasons) is a professional Twenty20 cricket league in Australia that was founded by Cricket Australia in 2011.

The Big Bash League is the 3rd most popular cricket league in the world, behind the Indian Premier League KFC. In Australia, BBL matches are held in the hot months of December and January. It is presently ranked ninth among the world’s most popular sports leagues in terms of average attendance per match. In this event, which began in 2011, eight teams adorned with foreign and local talents produce thrilling matches for the Australian audience.

The success of the Indian premier league has inspired the Big Bash League.

The Indian Premier League is without a doubt the best cricket league in the world. The IPL revolutionised cricket by making it more commercialised, entertaining, and enhancing cricketer brand value. How you play determines how much money you will earn in the IPL. The BCCI (Board of Control for Cricket in India) established the league in 2007. The IPL is the world’s most popular cricket league, ranking sixth among all sports leagues. IPL’s brand value is estimated to be over $4.16 billion.

Pakistan Super League (PSL) No 1 T20 League. The Pakistan Cricket Board (PCB) announced the start of the PSL in September 2015. On February 8, 2016, the tournament’s maiden edition began with only five teams. The league’s first season was held exclusively in the United Arab Emirates due to the security situation in Pakistan.